Written and performed by Arthur Meek, music by Eva Prowse 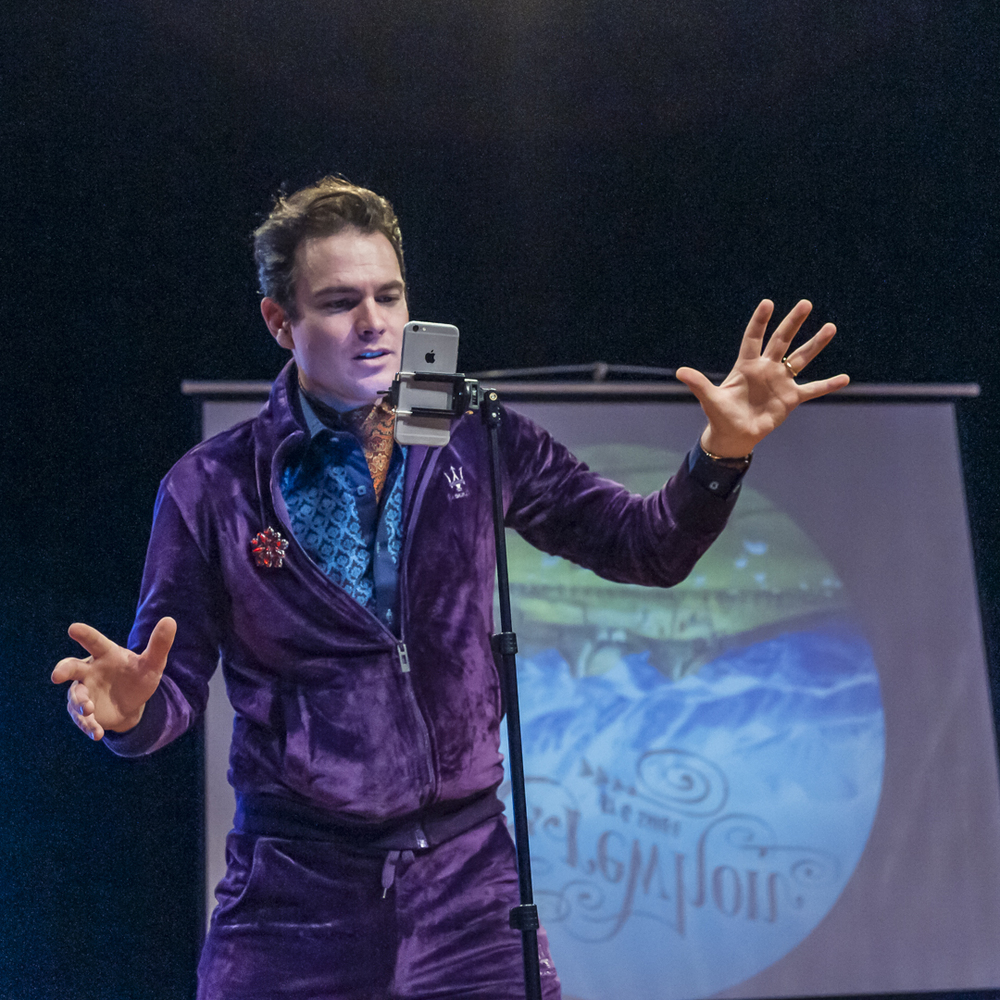 Erewhon premiered at the Christchurch Arts Festival in 2017 and is a co-commission between Edinburgh’s Magnetic North and CAF. Arthur Meek was writer-in-residence with Magnetic North in 2016 while working on Erewhon. The residency and commission was supported by Playmarket New Zealand, Playwrights' Studio Scotland and Creative New Zealand.

'Taps into an all too current attempt to rewind the clock on old ideas of empire while effectively taming the natives.'  ★★★★ The Herald

'Meek's new Erewhon is a sublime achievement.' ★★★★ The List

'The mix of technologies on display is both entertaining and thematically satisfying.'★★★★ Broadway Baby

'It is puzzling, but it is also illuminating (ha!), literary and entertaining. And you will want to go read some Samuel Butler.' ★★★★ Fringe Guru

'It’s an intriguing concept and Meek delivers it in an engaging fashion. The lantern in itself is a fascinating device and there’s pleasure in watching him operate it.'  The Stage

'Meek is a fascinating, engaging performer'. The Skinny

'So full of verve.' Tychy

'This marvellous production, directed with panache, looks ahead towards the allure of contemporary technologies, and in doing so suggests that a sanitised, self-centred colonial culture of nostalgia and erasure is as evident now as it was in the 1800s.'  The Pantograph Punch (NZ)

'The magic lantern and the iPhone feel like the perfect tools to tell this story, with its 19th century roots and science fiction predictions that machines would one day gain consciousness.' Stuff (NZ)

'Such is the assurance and composure of our host that no beat is missed.' Theatre Review (NZ)